The platform is designed in a way that even in the unlikely event when all of its control servers go offline, the active Cloud servers on the hypervisors will continue to process uninterrupted.

The redundancy is organized in an N+1 configuration, wherein the content and configuration of the main server are replicated in real-time on at least one other server, which can automatically replace the first in case of failure.

A broad range of the server parameters are monitored 24x7x365 in real-time through a special IPMI controller and a specialized monitoring system: 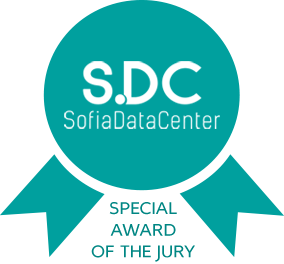 Sofia Data center is the newest facility in the region and in the last few years it is the only one designed for data center from the planning stage. This is carrier neutral facility and provides high-speed Internet access and direct connectivity to Romania, Serbia, Macedonia, Greece and Turkey. Here all Bulgarian networks are interconnected with some of the largest telecom operators in Europe.

Sofia Data center has a Declaration of Conformity with EC Directives and Safety Standards. It has already received great recognition at international forums - a nomination for “New Data Center” at the prestigious European Data Center Awards 2011 and “Special prize of the Jury” at ICT Summit Eurasia Awards 2011.

The connectivity of Neterra.Cloud is provided by the international network of Neterra. It consists of over 150 points of presence on 6 continents in over 65 countries around the world. Neterra has a core network in over 35 countries, 4 own data centers and through its international network and partnership agreements offers connectivity and a full range of telecom services in more than 180 countries. Among the points of presence are Frankfurt, Paris, London, Amsterdam, Vienna, Bratislava, Budapest, Bucharest and others.